International Women’s Day on March 8 is a time to celebrate the achievements of women and raise awareness against gender bias and equality. The theme for 2021 is #ChooseToChallenge, because through challenge comes change.

On the eve of International Women’s Day, we spoke to Wormald’s longest serving female technician, and two team members who have returned to Wormald after a period of maternity leave.

Wormald prides itself on being an equal opportunity employer that values equality and diversity in the workplace; traits that are key to our business success. We are fortunate to have a talented team of female employees that are integral to our organisation’s success and offer a family friendly environment that encourages a greater work-life balance.

Susan McClounan, Field Services Technician, is a long-serving female technician team member at Wormald and has spent the past two decades refining a life lesson that speaks to the heart of this year’s International Women’s Day.

As part of her role, Susan drives around South Australia conducting weekly testing and training for some Wormald’s biggest accounts. On any given day, Susan could be testing the capability of fire alarms and sprinklers or reviewing evacuation systems at locations like Woolworths, Big W distribution centres, education centres and hospitals – in over 20 years as a Wormald technician, Susan has seen it all.

“What we do on a weekly test, for example, is go into a facility like Adelaide’s Intercontinental Hotel, and with a team of three we will test the pumps, the sprinkler systems and will make sure the fire alarm, fire evacuation system panel, warden phones and the emergency exit lighting are all in working order.

“At first the job was testing sprinklers and fire alarms, but over 20 years we’ve all had to become multi-skilled to ensure our clients are safety compliant. This means that we’ve all had to obtain plumbing or electrical certifications in order to test lighting and water systems to ensure they’re operational.

“I like the job because I like talking to people and because it is varied. You can be crawling through a roof – although we don’t do that anymore! – or going from visiting an abattoir to a hospital to a hotel.”

Despite Susan being one of the only female technicians on the team, she struggles to think of a time over the years when she came across gender-based challenges or unfair treatment that made her feel like she didn’t deserve to pursue her career.

“Having to learn what I actually needed to do at first was probably the biggest challenge, as with any new work situation, but no, the boys have all been good. We’ve had a few female service technicians (over the years); nobody ever asked what I was thinking or said, ‘are you mad?’

“Field services are still male dominated, but no one has told me, ‘no you can’t’.”

Susan admits that while she has never personally experienced gender bias, she understands that male dominated roles can be a barrier and that gender inequality is an ongoing issue that needs to be addressed. Her advice resonates strongly with this year’s International Women’s Day theme, #choosetochallenge.

“There’s no point thinking ‘I can’t do that’. It’s important to believe that there is nothing you can’t do. We need the mentality that if you want to do something, say, ‘I should go for that’.

“Even if you get knocked on head a few times you are more likely to get what you want if you strive for your goals and make yourself heard.” 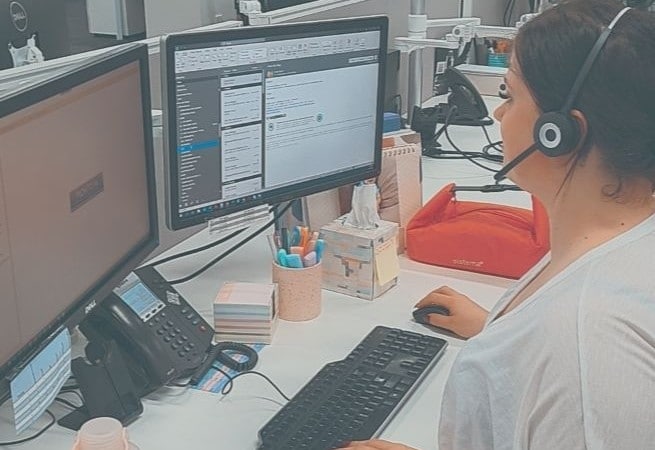 Flexibility in a role is important to Aimee, who juggles work while raising a small baby. She starts work at 6am and finishes at midday so she can spend quality time with her son.

Aimee was initially concerned about returning to work, worried about balancing her desire to perform at her best with the uncertainty of what would happen if her child needed her during the day. However, Wormald’s family friendly culture allowed Aimee to return to employment on a part-time basis, which has given her the work/life balance she needs.

With a small baby that often wakes during the night, Aimee’s advice to women returning to the workforce is to establish a routine to help balance the demands that come with being a working parent. Aimee wakes at 4.30am each day so she can arrive at work at 6am and finishes at 12 noon so she can be home in time to feed her son lunch. She can then complete household chores, prepare her son’s bottles and enjoy his bath time.

Aimee acknowledges that the fire protection industry is a male dominated sector.

“While there is a good gender mix in the office, Wormald’s fire technicians are mostly men.

“It would be nice to see more women in the industry, particularly in technical and physical roles.” 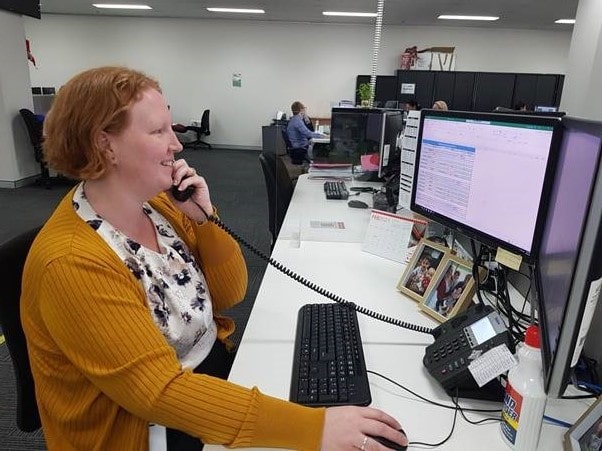 As a busy parent with two small children, flexibility and teamwork in her role is very important. Wormald’s MAG team works closely together so it’s easy to pick up tasks from the previous day or have someone else step in and manage a task if another staff member is absent. As Rachael’s role is largely compliance driven, she’s able to plan for busier periods in advance, which also helps her to maintain a positive work/life balance. Wormald’s flexible hours allow Rachael to take the pressure off competing work and family priorities. For example, children in day care often pick up illnesses, so if Rachael’s children need her during the day she can quickly step out and then return to work and make up the hours.

However, Rachael admits she sometimes feels guilty. While Wormald is very supportive of last-minute leave approvals, her children spend most of their day in childcare.

“It’s hard not to feel guilty as a working parent. I only see my children for half an hour in the morning and then spend approximately one hour of quality time with them in the evening, four days a week.

“The guilt also goes both ways because while I must prioritise my children over work, I also want to perform at my best for my employer. Getting the balance right can be tough.”

Rachael’s hectic daily schedule includes getting kids dressed and packed for day care drop off. She then finishes work at 4pm and tries to get home to do some housework and cook dinner before collecting her children.

“This allows me to enjoy some quality time feeding, bathing and reading a bedtime story before putting them to bed.

“I can then spend a few hours at the end of the day catching up with my wife,” Rachael said.

While Wormald’s flexible working hours is a great example of how the industry can support its female workforce, more can be done. Acknowledging the male skew within the fire protection industry, Rachael believes International Women’s Day is an ideal opportunity to highlight how the industry can do more to address the gender imbalance and encourage greater diversity.