A unique solution to an otherwise unsolved problem. Effective lithium-ion battery fire protection designed and tested to tackle the dangers posed by battery fires across a range of applications.

The revolutionary extinguishing agent (AVD) is designed to cool excessive heat and suppress flames in their infancy, to help prevent re-ignition and shutdown fully established fires.

AVD is a pioneering fire extinguishing agent that has been tried and tested as effective lithium-ion battery fire protection. Fireboss fire suppression technology is suitable for use in factories, offices and other locations where there are significant numbers of lithium-ion battery devices.

AVD (Aqueous Vermiculite Dispersion) – a revolutionary and non-toxic extinguishing agent, is deployed as a mist which then creates a film over the surface that instantly dries to prevent re-ignition, creates an oxygen barrier, and cools down the flames. The Fireboss fire extinguisher works where a powder extinguisher can’t.

AVD fire extinguishing agent has been successfully type tested by the manufacturer on a 6.8 kWh battery module. This equates to a small, domestic solar battery storage system or small hybrid Electric Vehicle, with significantly more energy than lithium-ion power tools and electric bicycles. 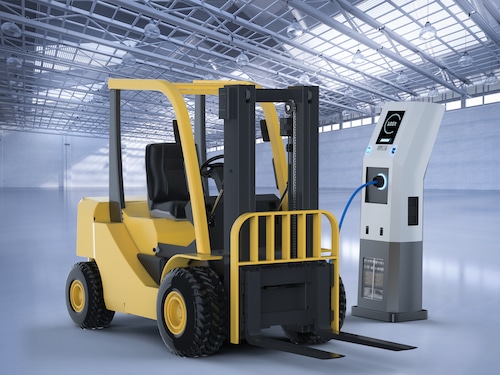