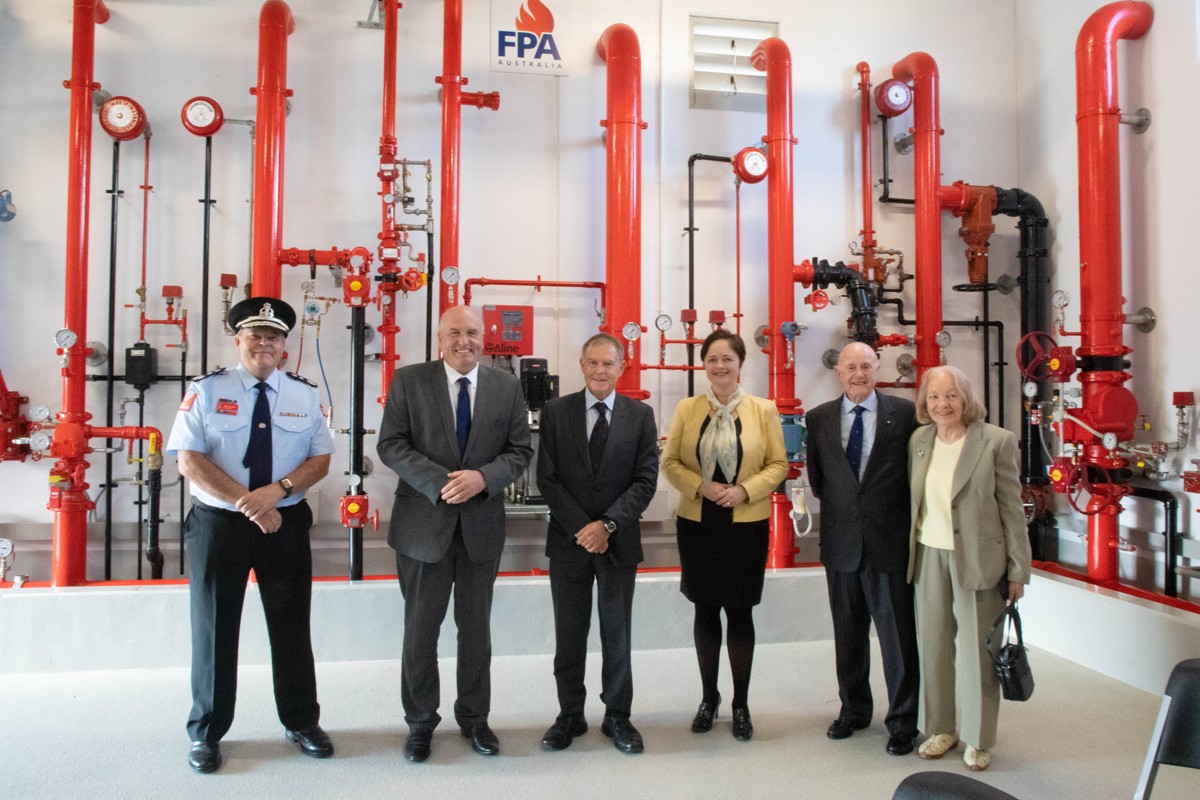 The dedicated room is a collaboration between Fire Protection Association Australia (FPA Australia) and Fire and Rescue NSW (FRNSW) and showcases a range of equipment covering wet and dry fire systems. The room provides a space to train fire protection practitioners and firefighters on equipment commonly found within Australian buildings. According to the FPA, the facility is viewed as the first of many training spaces with courses and programs urgently sought by the industry.

The Barry Lee Fire Training Room is named in honour of Mr Barry Lee OAM, who joined Wormald in 1952 as a draughtsman in the service department. He has since been recognised for his lifelong achievements in the fire protection industry, including his role as a founding member of Fire Protection Australia.

In 1989, Lee received a United Nations Environment Program Citation of Excellence in recognition of his outstanding contribution to the protection of the earth’s ozone layer. In 1990, he was honoured with a Medal of the Order of Australia in the General Division for services to industry, in particular the area of fire protection.

Wormald looks forward to being involved in the new training space by supporting the courses and programs set to be conducted, which continue to improve the standard of fire protection practitioners in the industry.